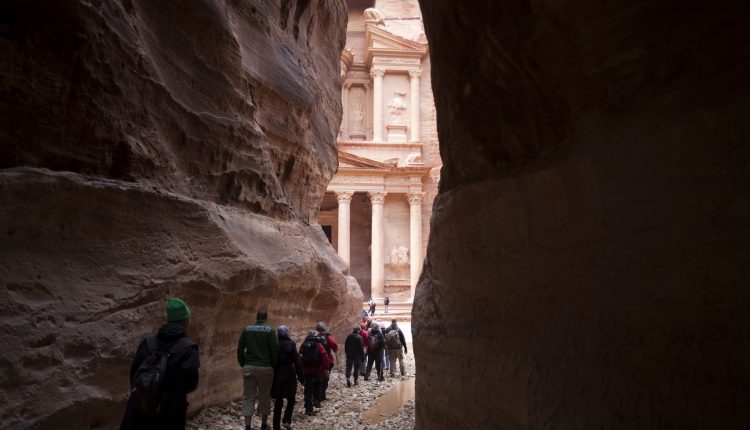 Iran and Iraq are obviously not destinations for U.S. tourists, but experts say U.S. citizens should exercise caution when traveling to other countries in the Middle East following the U.S. airstrike that killed Iranian military leader Qassem Soleimani at Baghdad’s international airport Friday.

Iran vowed to retaliate for the attack, and has several armed allies in the region. What if an American couple has a long-planned sightseeing tour of Israel, Dubai, or to the Treasury, a popular tourist site chiseled in rock in Petra, Jordan? How about the business traveler who’s booked a flight to other countries in the region, like Turkey?


Iran and Iraq are listed as level 4 (do not travel) by the State Department, while Israel and Jordan are deemed level 2 (increased caution).

“Any of those places in the Middle East, I would have a heightened level of concern,” said Tim Bradley, managing partner of IMG GlobalSecur, a Tavares, Fla., firm advising companies, non-governmental organization and mission groups on safe travel across the globe.

The U.S. State Department did not immediately respond to a request for comment, but it did urge all American citizens to leave Iraq “due to heightened tensions” in the country and surrounding region.

#Iraq: Due to heightened tensions in Iraq and the region, we urge U.S. citizens to depart Iraq immediately. Due to Iranian-backed militia attacks at the U.S. Embassy compound, all consular operations are suspended. U.S. citizens should not approach the Embassy. pic.twitter.com/rdRce3Qr4a

The agency sent out a string of notices on Twitter


cautioning American citizens in countries including Morocco, Lebanon, Kuwait to maintain “a high level of vigilance” and “good situational awareness” in light of the tensions in the region. American citizens in Bahrain should also be on the look out for demonstrations or unrest, the State Department said.

“While we have no information indicating a threat to American citizens, we encourage you to continually exercise the appropriate level of security awareness,” the tweet said.

The State Department regularly issues travel advisories on a 1 to 4 scale; countries rated at level 1 are places where travelers should “exercise normal precautions” while level 4 is a warning not to travel there.

For context, Iran and Iraq are listed as level 4, while places like Israel and Jordan are deemed level 2. These are countries where the State Department says travelers should use “increased caution.”

Travelers should be especially aware in outdoor squares, and should also recognize that U.S. embassies and Western-branded hotels can face increased risks of attack, Bradley added.


The State Department’s ‘Smart Traveler Enrollment Program’ is a free service where travelers send their itineraries to the department.

What about Americans planning travel to lower-risk Middle Eastern destinations like Jordan, the United Arab Emirates and Qatar?

“Don’t cancel your plans,” Matthew Bradley, the regional security director for International SOS, a medical and travel security services firm (and no relation to Tim Bradley).

That said, travelers to those traditionally lower-risk regions can still minimize their movements to reduce their risk of being a victim of circumstance, he said, and have a heightened sense of awareness.

Tim Bradley said there are other ways to plan ahead:

• Enroll in the State Department’s “Smart Traveler Enrollment Program,” a free service where travelers send their itineraries to the department. The program gives updates on a country’s safety conditions and enables government officials to be in touch in case of emergencies.

• Brush up on current events before traveling, even if it’s just to know when holidays are approaching, he said.

• Travelers should be in touch with family and friends back home as they go through their trip. It’s also smart to leave a hard copy of the itinerary at home with someone.

• Arrange transportation from the airport to the hotel ahead of time. Hotels typically can provide a car service, he said.


all fell in morning trading as markets reacted to the news. The 10-year Treasury yield

HDFC to raise up to Rs 5,000 crore next week by issuing bonds