Stocks are surging to start 2020, but here’s a reminder of how expensive liquidity can get in a pinch 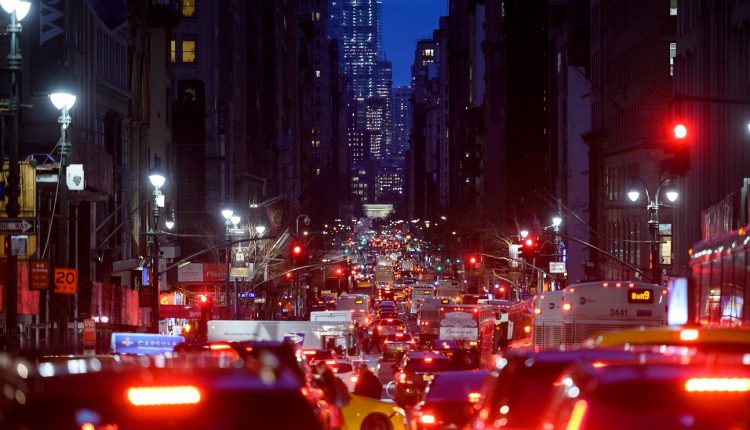 Everything’s wonderful, until it’s not.

It’s easy to feel emboldened when U.S. stocks start 2020 by kicking down the barn doors and setting all-time records.

Thursday’s jolt higher followed a banner 2019 for most assets, including for gold prices

But because rallies eventually fade (or worse), here’s a chart from PennMutual’s Joon-Hui Yoon that reminds investors how costly it can get to buy, or sell, shares of popular exchange-traded funds (ETFs) during periods of stress.

Liquidity can be a tricky thing to measure. And for his analysis, Yoon looked at seven major fixed-income ETFs that track popular bond, stock, gold and emerging-market benchmarks to get a better picture of liquidity conditions during and after the global financial crisis, or from January 2008 to November. 2019.

Under typical market conditions, he found that investors often willingly paid a bit more to own shares (the market prices) of major ETFs, above a fund’s net asset value (NAV), or what its holdings could fetch on the open market.

Yoon calls that measure the “cost of buying” liquidity in underlying securities of funds whose shares “constantly trade on the capital markets and usually have good liquidity,” but also can get expensive when turbulence hits.

“In the history of finance, innovation from financial intermediaries has been concentrated on building a system that transforms illiquid assets into liquid securities,” Yoon, an investment strategist focused on quantitative analysis at PennMutual Asset Management, wrote in a Thursday note.

“The high liquidity of exchange-traded funds is not necessarily translated into liquidity in the underlying securities, which can be problematic when the market experiences a liquidity crunch,” he warned.

By Yoon’s gauge, the cost of “buying” liquidity in U.S. corporate junk bonds shot up to 11% in December 2008 via the popular iShares iBoxx $ High Yield Corporate Bond exchange-traded fund


during the height of the financial crisis, up from a mean of less than 1%.

They rose about 2% during the same period for the iShares Core U.S. Aggregate Bond exchange-traded fund


which tracks the bond-market’s investment-grade “Agg” benchmark, now a less diverse index than a decade ago.

Smaller market scares can be costly too. In June 2013, when stocks plunged on fears that the U.S. Federal Reserve would start tapering its large-scale, crisis-era asset purchases, the cost of buying gold liquidity on the SPDR Gold Shares ETF


increased to almost 4%, according to Yoon.

“Liquidity comes at a cost and bears risk,” Yoon wrote, adding that “high-yield, emerging-market fixed-income and gold ETFs can be vulnerable during periods of market turmoil as a result of the illiquid nature of their underlying securities.”