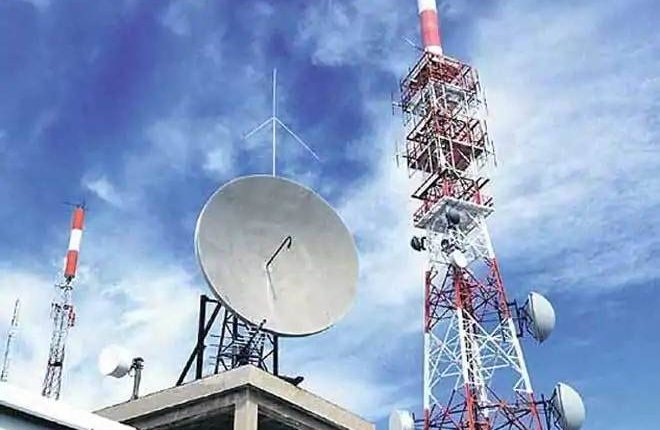 The Department of Telecommunications (DoT) has slapped a Rs 15,019-crore demand notice on Gujarat Narmada Valley Fertilizers & Chemicals Ltd, taking the total amount it has sought from non-telecom companies to Rs 3.13 lakh crore following a Supreme Court ruling. While the DoT has sought Rs 1.47 lakh crore from Bharti Airtel, Vodafone Idea Ltd and other telecom companies after the Supreme Court’s ruling on revenues that need to be taken into consideration for payment of government dues, its demand notices on non-telecom companies now total at more than double of the telecom firms. In a regulatory filing, Gujarat Narmada Valley Fertilizers & Chemicals Ltd said it has received a December 23, 2019, demand notice from the Office of Controller of Communication Accounts in DoT, Ministry of Communications, seeking payment of over Rs 15,019 crore before January 23, 2020, “in respect of financial years from 2005-06 to 2018-19 in connection with V-SAT and ISP licences held by the company.” “The company is presently examining the said demand notice and judgment of Supreme Court of India by seeking expert legal advice in the matter,” it said. “Based on the legal advice, the company will decide the future course of actions.”

DoT had previously sought Rs 1.72 lakh crore from India’s largest natural gas marketer, GAIL, and another Rs 1.25 lakh crore from PowerGrid, which had both national long distance as well as internet licence. From GAIL, it sought Rs 1,72,655 crore on IP-1 and IP-2 licences as well as internet service provider (ISP) licence. In response, GAIL has told DoT that it owes nothing more than what it has already paid to the government. The firm told DoT that it had obtained ISP licence in 2002 for 15 years, which expired in 2017. But, GAIL never did any business under the licence and since no revenue was generated, it cannot pay any amount.

On IP-1 and IP-2 licences, GAIL has told DoT that it generated Rs 35 crore of revenue since 2001-02 and not Rs 2,49,788 crore that has been considered for levying past dues. PowerGrid says it has an adjusted gross revenue (AGR) of Rs 3,566 crore since 2006-07 and after adding penalty, it comes to Rs 22,168 crore. The Supreme Court had on October 24 ruled that non-telecom revenues earned by firms using spectrum or airwaves allocated by the government will be considered for calculating statutory dues.

While telcos such as Bharti Airtel and Vodafone Idea may have had non-telecom revenues generated from using the government licence and spectrum, firms such as GAIL had no such revenue. Sources said DoT estimates that the telecom operators owe Rs 55,054.51 crore as spectrum usage charges as on October 31, 2019, while the figure for licence fees stands at Rs 92,642 crore.

Shriram Transport to raise up to Rs 1,000 crore via NCDs