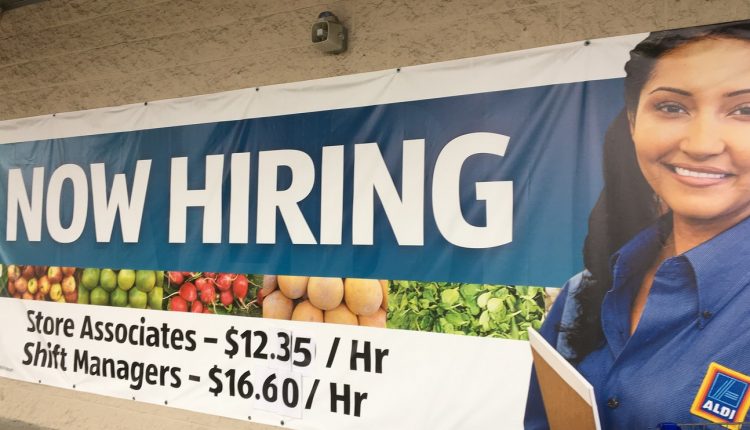 Stocks are lurching toward fresh records to commence the first trading day in 2020, but that advance has raised some questions about the run-up in values for broad-market U.S. equity benchmarks.

Indeed, the S&P 500’s recent gains have taken it to its priciest level relative to its hourly cost for the average worker on record.

By that measure, Tuesday’s climb by the S&P 500


to a peak at 3,250.04 would mean that the average employee, at an hourly wage of $28.29, would need to work 114.88 hours to buy a single unit of the index, representing one of the loftiest levels on record, according to data from FactSet and the U.S. Bureau of Labor Statistics.

Data from the Federal Reserve Bank of St. Louis estimates that the average worker needed to work a record 109.75 hours, based on its most recent employment data, as of Dec. 6 (see chart below):

To be sure, an average investor would most likely buy the exchange-traded fund SPDR S&P 500 ETF Trust


one of the most popular ETFs, to gain broad exposure to the S&P 500, with a unit of the index-tracking fund at $323.10 on Thursday midday.

However, the chart highlighting average hourly wages and the of the S&P 500 is being referenced by some market observers as another gauge of how asset prices have exceeded wages over the past decade.

Part of the question the chart has raised for some is one of income inequality; that is whether a surge to all-time highs for stocks and many other assets has benefited average investors, whose earnings haven’t necessarily moved in tandem with the acceleration of asset prices to all-time peaks.

According to a recent Gallup poll, only 55% of Americans said they were invested in the stock market “either in an individual stock, a stock mutual fund, or in a self-directed 401(k) or IRA.”

Read: Don’t laugh, here’s why the ‘great rotation’ from bonds to stocks could finally happen in 2020

Meanwhile, concerns about stock-market values have also accelerated as some have expressed consternation about rising prices that haven’t recently been supported by earnings, a phenomenon that Wall Street analysts refer to as multiple expansion.

Indeed, one measure of valuing the S&P 500, price to earnings, or P/Es, are at 21.17 on a trailing 12-month basis, according to FactSet set, which is around the loftiest for the benchmark since last year (see chart below):

“The biggest headwind for the stock market is valuations.” wrote analysts at Bespoke Investment Group in a research report dated Dec. 23.

“The key on this front is to see how Q4 earnings season plays out. This year’s gains in the equity market were driven nearly entirely by multiple expansion. In order to see gains in the year ahead, we’ll likely need earnings to pick up the slack,” Bespoke researchers wrote.

Most recently, the S&P 500, the Dow Jones Industrial Average


and the Nasdaq Composite Index


were trading at or near all-time highs on Thursday.

The one upside to this all is that if fourth-quarter earnings don’t back up prices, a slump in stocks may bring values back down to earth for average investors.

Your Money: Ditch the Resolution – Do a year-end review instead