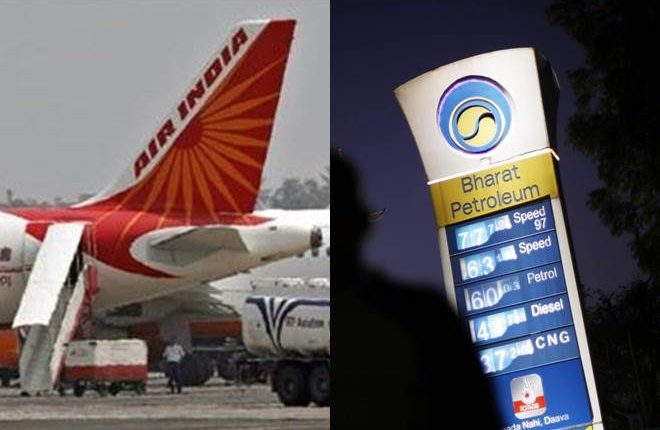 In what can potentially hurt the fiscal math for the ongoing fiscal, a senior government official said strategic divestments in Air India, BPCL and Container Corporation are “unlikely” to be completed in FY20. Work on all these companies is on and the process is facing delays due to “surprises” encountered once the wheels have begun moving, the official from the Department of Investment and Public Asset Management (Dipam) said.

The ministry has budgeted to garner Rs 1.05 lakh crore from divestments during the fiscal. The government has already breached the budgeted fiscal deficit gap and the extent of the gap stands at 115 per cent with four months to go. The official declined to comment on the impact of such events on the fiscal math.

When asked if the strategic divestment in the Bharat Petroleum Corporation (BPCL) — which can alone fetch the government over Rs 60,000 crore if it were to sell its entire 53 per cent stake — will be completed this fiscal, the official said, “unlikely”. “We are not saying that for ourselves and our timelines are such that it should happen. But we know that the process throws up surprises,” the official said speaking on the sidelines of an event here.

Similarly, on Container Corporation (Concor) and Air India as well, the official said that the sales will not go through in the current fiscal ending March 31. The official said the government is preparing the financial statements and getting the data room ready for the sales, suggesting that such aspects take time. Till now, the industry has shown “excitement” over the companies which are being floated, the official said, adding that there are additional details which may be sought by potential bidders.

When asked about the strategic sale in Shipping Corporation of India (SCI), the official said the sale is at a certain stage and going strong. The government, which had exceeded the budgeted divestment target last fiscal, has mopped up only Rs 12,359 crore of the Rs 1.05 lakh crore target as of September. According to media reports, the stake sale in SCI can fetch it Rs 2,000 crore and over Rs 13,000 crore can accrue from Concor.

Meanwhile, Edelweiss Mutual Fund’s Bharat Bond Exchange Traded Fund listed on the National Stock Exchange on Thursday with a marginally down opening. Dipam’s joint secretary Anuradha Thakur said the government is working hard with the regulators in order to ensure that the bond market gets maximum traction. The next step for the stakeholders is to ensure that there is trading in bonds in the secondary market which will ensure liquidity for investors, she said.

Rashesh Shah, the chairman and chief executive of Edelweiss, said the corporate bond exchange-traded fund (ETF) is the culmination of years of efforts by government, regulators and his group, and also added that it provides stability for investors as it includes only AAA-rated public sector bonds.